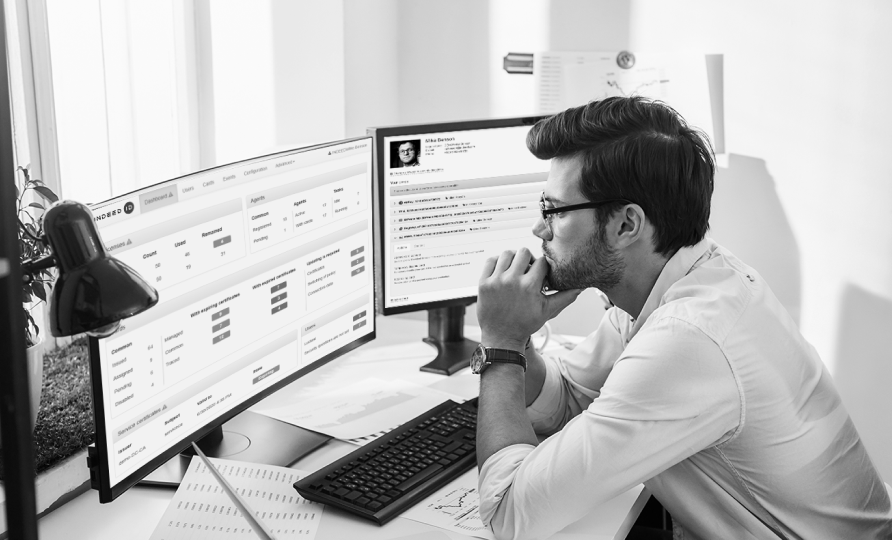 Managing many digital certificates, the infrastructure administrators of large enterprises have to almost grope their way to greater PKI performance. Even one unnoticed detail can disrupt workflow. However, lack of visibility was a part of the legacy PKI world. Today, modern smart card management systems offer easy-to-use tools not only for issuing smart cards with writing certificates on them, but also for analyzing the overall and current condition of Public Key Infrastructure. The example of such an instrument is Indeed CM Dashboard.

Meant for administrators and operators, the Dashboard shows the information about the issued smart cards, Certificate Authorities’ certificates, client agents and PKI users. It allows getting the most relevant information about PKI condition quickest possible. Within one click, you can see:

Being well-aware of the important information, the administrators can notice if something goes wrong and take preventive actions. 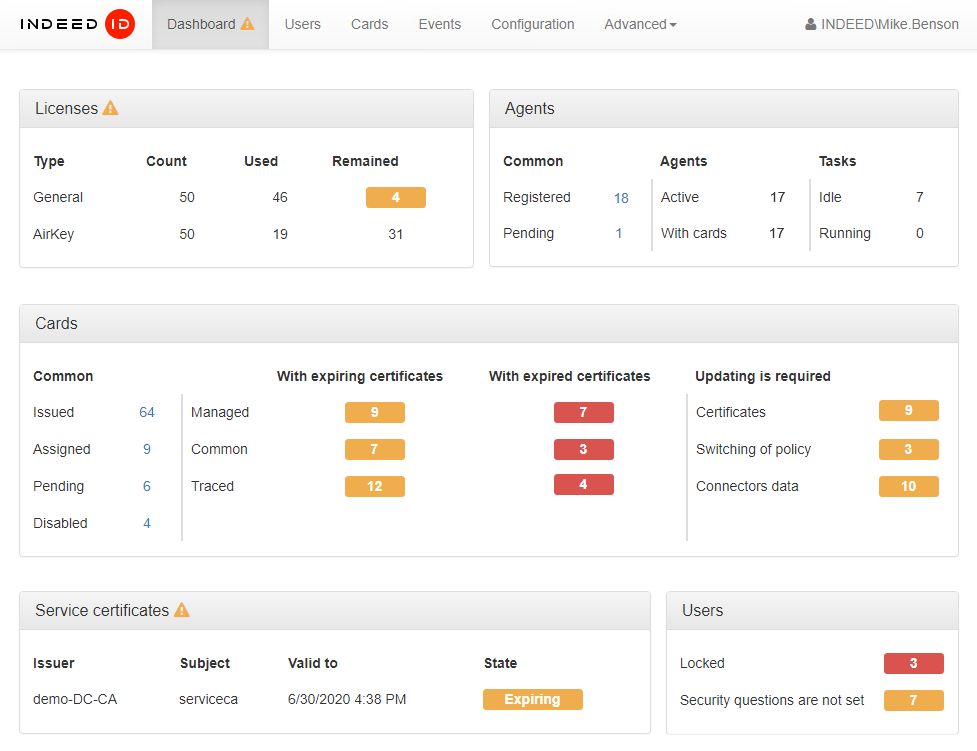 Also, among the variety of events logged by CMS, it is necessary to determine the most important ones. That’s why Indeed Certificate Manager’s out-of-box mechanisms log events and export them to Security information and event management (SIEM).

Visibility can work for regular users as well. They can ‘see’ the PKI when using the self-service offered by Indeed Certificate Manager. In a simple and understandable personal profile’s interface, there is all the data about the existing smart cards and certificates on them.

Making a couple of clicks is enough to issue a new hardware or virtual smart card. The process does not burden users with complicated actions such as choosing the certificate template, certificate authority, parameters for smart card initialization. At the same time, no actions performed by the users will slip under the radar. A detailed event log and email notifications will keep informed all the parties concerned.

If you want to be a part of the PKI future already now, get in contact with us and we will showcase all the described scenarios in a 20-minute demonstration.